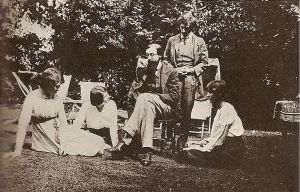 At Swagger Writers, Kathy has a great post about being part of a critique group. She mentions that she know someone who is afraid to join a critique group because of the potential for negative feedback. Kathy points out that feedback of all kinds–even negative–is crucial to the writing process:

“The key word there is constructive. There’s no point in offering a critique that isn’t helpful. I also believe a critique should begin with something positive. Telling a writer what’s working is at least as important as telling her what is not.”

I’ve been fortunate enough to be a member of two very constructive critique groups, and I think that the feedback is invaluable. I’m a big fan of Kathy’s point about beginning with the positive–it can overwhelm a writer to get bombarded with negatives–but also really appreciate knowing what doesn’t work in a given story. Whether it’s positive or negative, feedback should inform you about how to make your story better. If one part is working really well, that’s fantastic, and maybe you can bring the same kind of focus and features to the parts that aren’t as strong.

Also, I think knowing how to workshop is enormously helpful. Assuming your goal is to get published someday, you’ll probably have to deal with feedback from an agent and/or editor. If you’ve never heard anything bad about your work before, it might be disheartening to get an editorial letter full of suggestions for changes. If you’ve had experience with a critique group, you know that constructive criticism is an essential part of the revision process.

As Kathy says, this all depends on the particular group. But having that kind of sounding board and support system is awesome.

Make sure to check out the full post for the rest of Kathy’s thoughts on critique groups. Also, in case you’re curious about my YA/MG critique group, check out their sites: Tara Sullivan, Lisa Palin, Katie Slivensky, Julia Maranan, and Lauren M. Barrett. Rock on, writers!