The bad part: other people will have your awesome ideas. 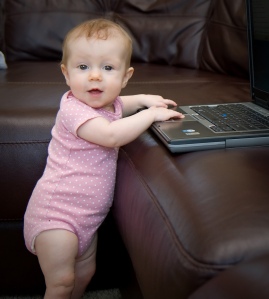 Oh, hey. I’m just writing that bestselling novel about the same thing your novel’s about.

Sure, they won’t be exactly the same, but maybe someone else out there is also writing a book about a magic hat/boy who talks to wolves/kickboxing grandma. Maybe both of you will even get published around the same time. Maybe the other writer is someone super famous.

It’s a scary thought. No one wants to be the writer who misses out on a big idea. No one hears about a guy who wrote some other book about a white whale and a crazy captain with a missing leg. What if someone is out there right now, writing your book?

First, no one else can write your book. It’s your book, from your imagination and experiences. Even if you write a book about a white whale and a crazy captain, it’s going to be different than Moby-Dick because you and Melville are different writers. And maybe they’ll both be awesome. Writing isn’t like a

Second, Whipple talks about how books don’t exist in a vacuum. If a reader picks up book A, thinking “Huh, magic hat, sounds interesting” and loves it, that reader might also pick up book B because they still love magic hats. Sure, you could be concerned about comparisons between the two, but if both books are written by talented people who care about craft and story, I think the reader can appreciate both.

Whipple says it well: “But ultimately this whole experience has taught me that publishing isn’t really a competition. It’s a big web of connected creativity that all of us can benefit from.” The more creativity and stories we have, the better. And we all bring different viewpoints and voices into these stories, even if they’re all about kickboxing grandmas.