This is one of my all time favorite quotes, and it feels like a pretty appropriate one to share on E.B. White’s birthday. (He would have been 118!) Thanks to a writer who brought us such a thoughtful, compelling story, and possibly the only spider I will ever like. 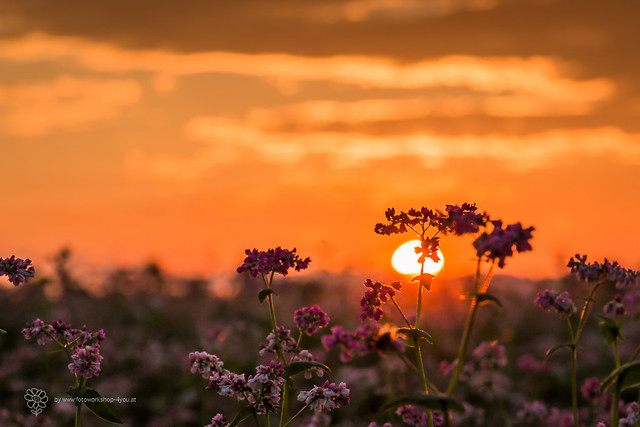 Happy Summer Solstice, everyone! In case you’re not up on your astronomy, this is when the northern hemisphere of the earth is most tilted toward the sun, giving us the most daylight of the year. (Summer hemisphere friends, this happens for you in December.) This year the solstice coincides with the Strawberry Moon, aka June’s full moon. Lots of cool stuff going on in the sky today!

It also marks the beginning of summer, which feels like a great day to share some of my suggestions for summery reading. In ascending order of target age of reader:

What are your favorite summery stories? Share them in the comments!

A few links I’ve been saving.

Sorry for the blog silence over the last couple weeks! Here are lots of good links I’ve been hoarding:

A fun look at how stylometry helps prove that Shakespeare wrote Shakespeare’s plays.

I’m always a little baffled when people try to make a big conspiracy theory around Shakespeare. (See also Truman Capote writing To Kill a Mockingbird instead of Harper Lee.) Let the dude have his work!

Also, this is good proof that a writer’s voice is a real thing. Even though Shakespeare wrote sonnets, historical dramas, fantastical comedies, and more, all his works have his particular tone and style.

Maybe you’re not Shakespeare, but you have your own writerly voice. Someone else can be writing about spooky ghosts or family dramas or adventures in space, but your voice is all your own, and that’s part of what makes everything you write unique.

I’m a big Jane Austen fan. I’ve read her novels. In college, I took a class that consisted entirely of Austen and Woolf. I own all the recent Masterpiece adaptations and watch them so regularly that my husband likes to joke about it. I love adaptations like the Lizzie Bennet Diaries. I own two Austen-related clothing items (holla Team Laconia) and two Austen-related toys for my desk. I know what JASNA stands for. 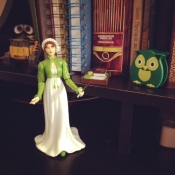 It would be easy to think that Austen’s novels are appealing because of the witty writing or the romantic plotlines or the historical interest. But what I find really appealing is the humanity of her stories. Austen’s heroines often deal with harsh realities like poverty or being branded a slut or having to marry outside of their control or being manipulated by cruel family members or realizing their own mistakes and hoping for forgiveness. These are all issues that are so human and so relevant for contemporary readers. This is why I think Austen’s work is so lasting–along with the romance and the wit are very real pains and anxieties and challenges.

This December 16th, I’m excited to celebrate one of my favorite authors. Grab a copy of Persuasion or Northanger Abbey, or settle in for the BBC Pride and Prejudice adaptation, or put on your Laconia t-shirt and share your enthusiasm for Jane!

“I would say to get the character in your mind. Once he is in your mind, and he is right, and he’s true, then he does the work himself. All you need to do then is to trot along behind him and put down what he does and what he says…You’ve got to believe in him. You’ve got to—to feel that—that what—that he is—is alive, and then, of course, you will have to do a certain amount of—of picking and choosing among the possibilities of his action, so that his actions fit the character which you believe in…But the character’s got to be true by your conception and by your experience, and that would include, as we’ve just said, what you’ve read, what you’ve imagined, what you’ve heard, all that going to giving you the gauge to measure this imaginary character by, and once he comes alive and true to you, and—and he’s important and moving, then it’s not too much trouble to put him down.”–William Faulkner

As always, Faulkner finds the perfect words to describe the creation process. So often I feel like I just need to see in my mind what a character is doing. I can’t force it; I just have to let them walk around so I can “put down” what they say and do.

The past week has been super hectic, but I’m psyched to be writing today’s Friday Fifteen. Onto the micro-book-reviews! Happy weekend, everyone.

1. The Rain Catchers by Jean Thesman
A household of women who caught rain to wash their hair. Don’t remember much else.

3. The Ghost at Dawn’s House (The Baby-Sitters Club, #9) by Ann M. Martin
Dawn’s house has a secret passageway, making me jealous forever.

4. Daughter of Smoke & Bone by Laini Taylor
I would have devoured this even if I didn’t read for the 48-hour book challenge.

5. Dubliners by James Joyce
Ashamed to admit that I don’t remember much of these famous stories. Should try again.

Today is a very special Friday Fifteen, because it’s the 100th Friday Fifteen. That’s right, for the last 100 Fridays I’ve been reviewing books in fifteen words or under. The stats:

So in honor of the 100th Friday Fifteen, how about we take a look back at some of my favorite fifteen-word (or less) reviews. Onto the reviews!

1. Caps for Sale: A Tale of a Peddler, Some Monkeys and Their Monkey Business by Esphyr Slobodkina
We read this a lot when I was little. Still love hats, don’t trust monkeys.
Originally reviewed January 6, 2012

2. Ballistics by Billy Collins
Worth it if only for the poem Hippos on Holiday. On holiday from what indeed?
Originally reviewed January 27, 2012

3. Succulent Wild Woman by SARK
I was 18 and liked journaling with colorful pens.
Originally reviewed March 16, 2012

4. Make Way for Ducklings by Robert McCloskey
Combines my love of ducklings and my love of the Boston Public Gardens.
Originally reviewed April 20, 2012

5. About Me (Childcraft: the How and Why Library #14) by World Book-Childcraft International
I liked learning about diseases I could contract. Measles, anyone?
Originally reviewed May 18, 2012

6. The Winter’s Tale by William Shakespeare
Worth a read, if only for the stage direction “exit, pursued by  bear.”
Originally reviewed June 22, 2012

8. Letters to a Young Poet by Rainer Maria Rilke
This gives me unreasonable expectations about writing to and forming relationships with famous writers.
Originally reviewed September 21, 2012

10. Feed by M.T. Anderson
It’s not all GIFs and kitten videos when your brain’s connected to the internet.
Originally reviewed December 7, 2012

11. As You Like It by William Shakespeare
Let’s all go to the forest, dress in drag, and fall in love!
Originally reviewed January 11, 2013

12. Where the Red Fern Grows by Wilson Rawls
Everyone in fifth grade cried. Except me. I have a heart of ice.
Originally reviewed February 1, 2013

13. The Baby-Sitters Club: Friends Forever : The Movie by A.L. Singer, Ann M. Martin
A novelization of the movie based on the book series. Of course I read it.
Originally reviewed June 21, 2013

14. All My Friends Are Dead by Avery Monsen and Jory John
I should read this aloud to houseplants as a warning.
Originally reviewed August 23, 2013

15. I Want My Hat Back by Jon Klassen
As a child who enjoyed retribution and hats, I would have been all over this.
Originally reviewed December 6, 2013

For the regular Friday Fifteen fans, thank you so much for checking in on Fridays and sharing your own thoughts about all kinds of books. Looking forward to 100 more brief conversations about books!