I’m always finding connections between running and writing. Recently, I was listening to an episode of the Runner’s World podcast, in which they talked about the recent attempt to break two hours in the marathon.

Around 30-minutes into the episode, they talk about how the pacers in this attempt were special in that they were all elite athletes–ie, runners who are used to focusing on their own goals and winning races. For this race, elite athletes were running to support someone else’s goal, in the hopes that one of the three competing runners would break the world record. Runner’s World columnist Alex Hutchinson, who was there for the attempt, talks about how the pacing runners were so supportive of the competing runners, and how this isn’t unusual for the running community. One particular thing Alex says about this:

This really stood out for me as a great way to frame the idea of professional competition and camaraderie, particularly in the writing world. As much as I love to support my fellow writers, I’m also totally guilty of feeling jealous of other people’s successes (mostly because all you see on social media is SUCCESS SUCCESS SUCCESS over and over and over).

And unlike professional running, there doesn’t have to be one winner per race. Okay, so only one book can win some award every year, but every book can be someone’s favorite. The more awesome books out there, the more everyone wins.

I’m getting myself back on the blogging train after a couple weeks of off-line activity (marathon, NESCBWI, life with a dog), so today feels like a great time to share this fantastic comic by Debbie Ridpath Ohi:

It’s really easy to focus on all the scary “what ifs” and “you can’ts” and so on, but for today, let’s focus on what we can do. And then do the same tomorrow.

(PS–Debbie regularly posts writing inspiration illustration, so make sure to check out the rest of her work.)

Recently, a friend and I were talking about the phrase “going to the dogs.” Humans’ relationship with dogs have changed in the last few centuries, and how we think of dogs as great companions. How can something “going to the dogs” still be a bad thing?

And if anyone can teach us about how to deal with the bad things, it’s dogs. Example: Olly the Terrier.

Olly didn’t have a great showing at the recent Crufts dog show–major fail right away, face plant right into the ground.

He was “all over the place” after that and ran the wrong way through one of the challenges, but, as the announcer said, he was “having a ball.”

Olly knows a thing or two about how to handle failure.

Sometimes things don’t go as planned. Sometimes we don’t have the show we wanted. But that doesn’t mean getting upset or mad at ourselves or quitting. Instead, maybe that means we should find the joy in what we’re doing and go after that. Maybe we’re not going to win the dog show this year, but we’re going to have some fun while we’re there.

Failure is hard. Disappointment is hard. But no one can take that Olly-ish joy away from you when you’re doing something you love.

From now on, if something’s “going to the dogs,” respond like Olly the dog. Find your enthusiasm, find your confidence, and keep at it.

I’ve been listening to the audiobook of The Wee Free Men by Terry Pratchett (my first Discworld book), and this quote felt particularly relevant to me:

A friend who’s an actor recently shared this interview with Mark Rylance talking about spontaneity and ‘playing’ with other actors as a way to develop character. The part I like starts around 1:40 minutes in:

I don’t do a lot of plotting when I’m drafting a novel, so I can totally relate to to this idea of being in the moment with characters, and the joy of discovery that comes with that. Even though I’m married to a playwright and have a lot of friends in the theater, I never thought about spontaneity and character development in the same way in terms of acting. But it’s really cool to see that artists can have similar methods of exploration, despite working in different artistic spheres.

Do you feel a sense of play and exploration in your writing or other artistic work?

It’s been a weird time for me as a writer. I’m at the beginning of a new project, but I’m having a really hard time getting going. It seems like everything that’s going on post-election is so much more significant than stories, and I’m doing a lot of soul-searching about what I want my writing and my career to be. It’s even been hard to focus on reading fiction, so I’ve been reading a lot of nonfiction (mostly about running, in preparation for my 2017 Boston Marathon with the Dana-Farber team).

The running theme has also extended to podcasts, including this episode of Human Race from Runner’s World. I went into the episode thinking it was about an 85-year-old woman who’s still running marathons, which is impressive on its own. But then I found myself practically crying in my kitchen as I listened to Sylvia Weiner’s story of surviving three concentration camps in the Holocaust and learning to run to combat PTSD. This is a powerful story and an incredible woman.

One quote in particular stuck with me, when the interviewer asked Sylvia if she had any advice for her:

“If you’re tired, if you’re really tired, okay, you’re allowed to take a rest…but don’t stop. If you have it in your mind, you won’t stop.”

Sylvia has survived so much more than I can imagine, and she still manages to run everyday, make people laugh, and share her story. Sometimes things can really suck. Sometimes you might have to take a break. But if Sylvia can keep going, we can keep going.

You can read more about Sylvia here, and I highly recommend listening to the whole Human Race episode about her. And don’t stop.

Currently reading (and loving) Life Without Envy: Ego Management for Creative People
by Camille DeAngelis. Camille included this Rilke quote, and of course I had to Photoshop it into the image above.

A friend of mine shared this quote recently and, with all the summer Olympics excitement, I feel like it’s a good one to stare today. Keep fighting, writers.

“You have to live with the notion of, If I don’t write this, no one’s going to write it. If I die, this idea dies with me.”—Lin-Manuel Miranda

Take it from the guy who gave us Hamilton and In the Heights: no one’s gonna write it for you, so write like you’re running out of time. 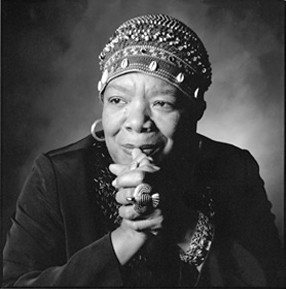 I feel like I’ve bene hearing a lot recently about fear and about courage–universe, are you trying to tell me something? I feel like this quote about courage could apply not just to romantic love, but love for yourself or your work, too. Here’s to being courageous, one more time.