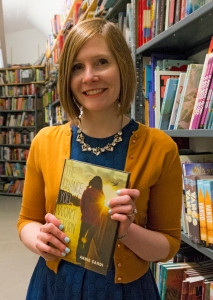 Obviously I’m a big fan of podcasting, so when the lovely people at Candlewick Press reached out to me about their podcast, Candlewick Press Presents, I was beyond excited. I had a fantastic conversation with the Candlewick team about writing, my time as a Candlewick intern, why I love social media, why I’m jealous of how good Walt is at titles, and more. (This didn’t even include the pre-recording conversation about which Candlewick team members would be in which Hogwarts houses, a topic we all take very seriously.)

You can hear my interview on iTunes and Stitcher, and make sure to check out the previous episodes, as well. They include interviews of amazing writers and illustrators like Aaron Becker, creator of gorgeous wordless picture books like Journey, and Lesléa Newman, author of the classic Heather Has Two Mommies. Can you hear my fangirling?

Thanks to the Candlewick team for including me in such a great project. Can’t wait to hear the rest of Candlewick Press Presents, season 1!

I mostly talk about reading and writing here, but I’m also big into TV and movies and narrative pop culture in general. I mean, where my friends talk about how they only had like half an hour of TV a day, the TV was always on in our house, and I think I’m better for it. If only because it’s given me a lot of things to talk about for my new podcast, Crossover Appeal! The gist:

Crossover Appeal is a biweekly podcast about media, fandom, and who you’d ship. Hosts Annie Cardi & Walt McGough take two popular pieces of culture, analyze their thematic relationships, and then figure out how to mash ‘em up together.

Walt and I decided that we like geeking out about books and movies and TV already, so why not make it official and share our thoughts with the world? The first episode is now up most places you can listen to podcasts:

So in case you feel like you need more of my thoughts on writing, reading, viewing, pop culture, and fandom, subscribe in your audio platform of choice! And until the next episode, please ship responsibly!

Like most of the podcast-listening world, I’ve been obsessed with Serial for the past couple of months. The case of Adnan Syed and Hae Min Lee is tragic and upsetting and confusing, and a real look into the unfairness of the criminal justice system. For me, it was never about finding out if Adnan really committed murder or not–it was about taking a hard look at one, particular case and the very real people involved.

One of the first things that struck me–this was a case about teenagers. As a YA writer, this raised the stakes for me. Hae was killed when she was in high school, and even though Adnan, Jay, and others involved in the case are now older, they were still teens when the events surrounding Hae’s death occurred.

So often when Serial would go into interviews or stories about Adnan and Hae and others, I would think “These are teenagers.” Teens can walk the line between being good, respectful kids in their religious homes and still have a secret boyfriend or girlfriend and smoke up with their friends. They hear all sorts of rumors and invest very deeply in their relationships and friendships and their social circles are very complicated. They can be friends with people and still find them sketchy. They make mistakes and don’t always think through their decisions. These years are already fraught with drama. Add in something like murder, and the intensity skyrockets.

I don’t pretend to know if Adnan is innocent or guilty, or what calls were made when, or who’s lying and who’s telling the truth. But I do know that a tragedy occurred for all of these people when they were teenagers, something that permanently changed the course of their lives.

I don’t know what percentage of Serial’s listeners are teens, but I feel like teens would be particularly interested in cases like Adnan’s. This, of course, got me thinking about YA novels I’d recommend for Serial fans. Some wonderful librarians shared the following links to lists of book recs for Serial fans:

Part of Serial that interested me in particular was teenage Adnan’s relationship to his conservative Muslim family, the social structure of his Islamic community in the Maryland area, and potential implicit/explicit racism in the case. These books aren’t necessarily related to crime or mystery, but I’d recommend these YA book lists featuring Muslim teens:

A few other YA books that I’d also recommend for Serial fans: 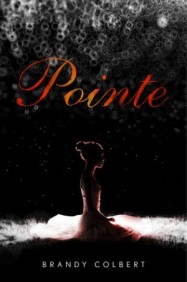 Even though only a couple of these (Monster and Pointe) deal explicitly with the criminal justice system, they all involve a terrible crime, the uncertainties surrounding that crime, and the complexities of both victims and perpetrators. All of these authors do a fantastic job creating very realistic situations of crime and mystery and tragedy and injustice and strength and hope, all surrounding the teen experience. These aren’t easy books to read, but they’re necessary reading.

Any other YA books you’d recommend to fans of Serial?